This split poetry EP was created by Isobel Bess and Amy Marvin for Poetry Jam February 2020.

"Braided Channel" is a split / EP chapbook by Isobel Bess (bandcamp) and Amy Marvin (website). I was very excited for this submission because both Isobel and Amy are very spectacular poets I've known a short while who I really admire, and because I know they both do really interesting work with poetic mediums. [Isobel's poems "FAIRDEALING"/"SEATTLE" and Amy's poem "Shopping Malls" for example]. Isobel specifically makes a lot of audio material that end up being experiential spoken poetry collections. She believes in creating work that goes beyond just written visual formats, as this is also something that suits her wants and needs better sometimes. This is how we have gotten the amazing soundscapes of "Deep New Unstable Against" & "What The Ocean Felt Like Bursting". Intentionally as I read this collection I did something I don't usually do; I listened to one of her EPs while I read. [Focusing with audio can sometimes be difficult for me depending on the context, but this was fine]. This collection is presented as something with an A side and a B side, so it only makes sense to involve Isobel's audio work alongside this reading. I picked "Pleistocene Megafauna" as the accomplice to this chapbook.

This chapbook has some really wonderful fonts. I've expressed I love writing in "Consolas", and I believe that is the font that most of this entire .pdf is in as well. Since a lot of Isobel's music feels like the grand sci-fi film soundtracks you can never forget, the terminal-like font only enhanced the experience. You're gunna notice some numbers are "missing" but that's definitely the point. Cassette tapes were so easy to lose segments of. You don't need the full picture or the rules of numbers to get this story. What does Braided get into? The usual. The fact that landlords are scummy leeches. Outer space. The Pacific Northwest. Fighting against those who steal the life and labor of the poor. Hating cops aka common sense. The fact that "A gender fluid / system for fashion retail is exploitation." Hypnosis that makes you less a practitioner of trans-liberalism, and more someone willing to do what it will take to change this system. The academy, the university, and their roles in this mess.

It's a collection that leaves you wanting more. Not just because Amy and Isobel are fantastic writers both in poetry, prose, and essay . . . but because they both tell a story of genuine and understandable frustration with the places they've been and how people have treated them. Amy is a trans philosopher, and she's got a better more aware grasp on theoretical engagements with gender than most other people in that field I've ever been aware of. Combined with Isobel's knack for honesty people then unfairly paint as angry because they find critique and self-reflection "threatening", this creates a story that you can actually feel is palpable. You know the movie scene where someone tells the protagonist that most people are full of bullshit and living in this fake world where only the rare taxi driver tells the truth or whatever? And then the movie goes on with the protagonist agreeing this is bullshit, only to have the ending be a creation of a new and different and even more invisible type of bullshit people will call "progress"? Yeah, this is the opposite of that. It doesn't have to tell you this is bullshit, because it assumes either you know or you don't. They don't need to fucking teach you. Also, so what if they are angry, even if they aren't? Anger in this world is entirely understandable. This is not something where the ending is a new take on the same old nonsense. This is something that does leave you hungry; hungry for the first meal of a better world without oppression.

Some people write stuff like this as metaphor, or an aesthetic. I've watched them assume I and writers like Amy or Isobel are also writing for the insincere art of it. We aren't. We're serious. We aren't playing the game that the industry convinces you to play. There will be more of this hungry writing over time. Maybe it will instill some actual hunger in the bellies of the people who have never truly known a foodless house, but it doesn't need to. It's not the responsibility of those who suffer to gradually patiently convince others to be decent people. Sometimes the only way to improve a space is with force.

"What good is a poem if it can’t / kill a landlord? What if / I stopped writing poems and started building guillotines / with elaborate names?" 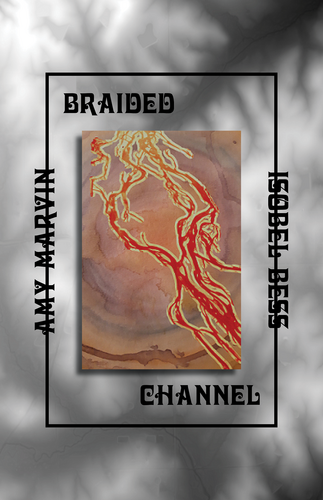 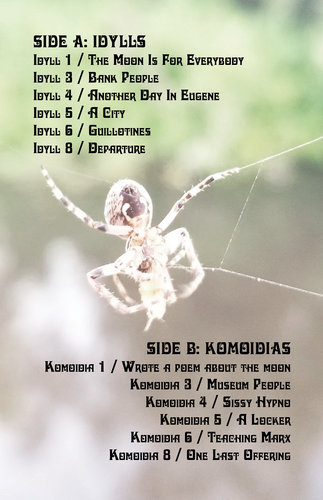